Let me know about desired product or setup. Most of products are no price indicated because of its unique setup. I will then get in touch with You, to answer to Your any questions or enquiries.

Vintage Maker never wants to leave you with the wrong piece of gear. However, any excessive use or abuse of this policy may result in loss of certain provisions.

Shipping cost to return product to VintageMaker for repair is the responsibility of the customer.

Validated warranty repair RETURN shipping, parts and labor will be paid by VintageMaker.

SHIPPING: PLEASE USE THE ORIGINAL PACKAGING IF POSSIBLE. If not possible please triple safe pack the item. 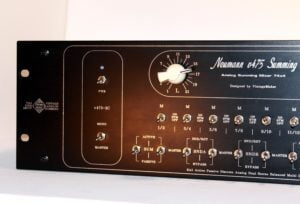 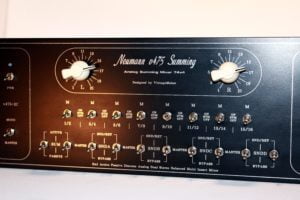 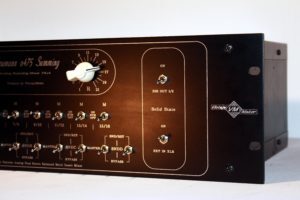 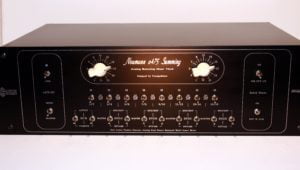 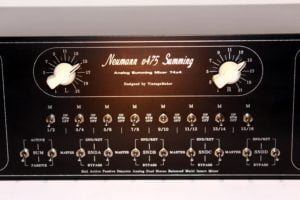 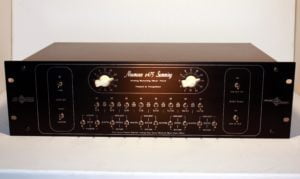 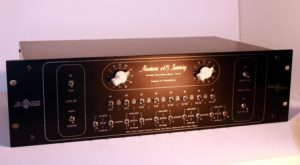 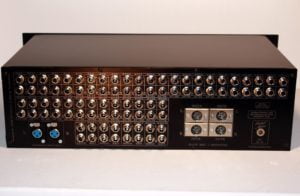 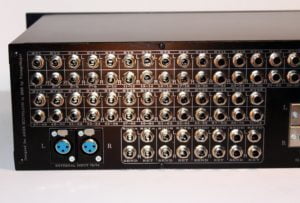 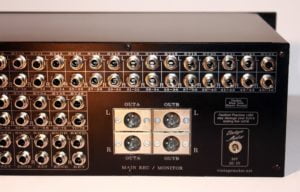 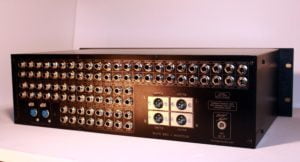 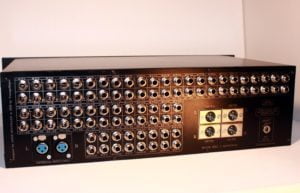 ABOUT
ACTIVE SUMMING
PASSIVE SUMMING
WHY ANALOG SUMMING
FEEDBACK
ABOUT

Paul Taylor – founder of Vintage Maker (since 2010), former producer, low-current engineer, composer, musician – piano player. For over 12 years Vintage Maker has been dedicated to the art of handcrafted supremely refined professional studio audio equipment. All equipment is built to fulfill the individual needs and tastes of audio engineers and is a unique combination of state-of-the-art technology and superb craftsmanship.

VintageMaker is one of the last manufacturers, professional handmade studio gear builders in the world. This possibility is almost unique in the market since 2010′. More than 1000 different and unique custom studio solutions.

Roughly, the passive summing network has summing resistors placed on each channel input. This resistor (Vishay Dale) provides load isolation and improves channel to channel isolation, since the voltage gain of the amplifier and the signal loss across the summing resistor compensates the gain across the summing bus and amplifier is 1 or unity gain. A resistor is a passive two-terminal electrical component that implements electrical resistance as a circuit element. In electronic circuits, resistors are used to reduce current flow, adjust signal levels, and divide voltages.

By prior consultation the mixer can be designed for your / customer DAW mic preamp working range, so by this you can use your DAW interface mic preamp without any compromises. You can customize your desired summing setup here

What is the analog summing mixer?

The summing mixer is an analog hardware (audio mixer) for turning (mixing) multitracks into a master stereo L/R.

While a digital system (eg. digital mixer, DAW mixer) rounds off all values for level, pan, eq-ing and compression, the analog summing technique operates with an infinitely high resolution, causing no rounding errors or digital distortions. The analog domain offers a number of great advantages like pleasant harmonics compared to the simple “DAW bounce-function”. In digital and analog audio, headroom refers to the amount by which the signal-handling capabilities of an audio system exceed a designated nominal level.

Analog audio mixing  is the process by which multiple sounds are combined into one or more channels. In the process, a source’s volume level, frequency content, dynamics, and panoramic position are manipulated or enhanced. This practical, aesthetic, or otherwise creative treatment is done in order to produce a finished version that is appealing to listeners. Also is a process of mixing down recorded tracks to a single stereo track, so it can be printed or rendered to a final stereo file. (source wikipedia)

What exactly is a summing mixer?

When mixing on a computer, ie. DAW  (DAWs are used for the production and recording of music, songs, speech, radio, television, soundtracks, podcasts, sound effects and nearly any other situation where complex recorded audio is needed)many prefer to sum the tracks in the analog domain, which can result in more depth of field and a wider, more defined stereo image.

Moritz Bintig – Producer
After some testing and comparing to the Shadow Hills and Rupert Neve, I´m happy to tell you that your summing mixer is playing in the same league.
The difference are not huge, but they are listenable, and i like what I’m hearing with yours.

For me (and also a very good friend and mastering engineer) it’s even better in the sound then the others I’ve compared it to. I finally went with yours and I´m very happy with this decision. So all in all, i´m so happy with this unit. I will sell my Neve and give back the Shadow Hills. Thanks so much. Moritz

Jurij Ricotti – JGR Studios
I should firstly like to say something in defense of my VM Mixer, Vintage Maker is my best choice for sound engineer wants a real analog summing with custom components. VM is a piece of gear of my entire process.

As explained, the main difference is the 3D spatial effect created with phase summing in the analog world, 8 tracks summed sound much better than digital summing, and certain software like Harrison Mix Bus makes a great virtual summing more than Pro Tools, Cubase etc. 16 Tracks summed in analog are more wide than 8, and 24 tracks are incredibly wide and beautiful than only 8 summed. I’ve tested a lot of converters before my final choice: Ferrofish, Creamwear, Beheringer, Apogee, etc. Ferrofish and VM seems to be my best “clean” choice.

Gearslutz – Gearspace
Go with a vintage maker.
Great guy with fantastic sounding summing mixers at a very reasonable cost. You can get as many channels and options you want. You could get one larger or more featured than what I have posted for under $3k. But here is the cool part. He builds each unit to order, you can lay out the panel as you like, and get whatever options and channel counts you want. He asked if I wanted a red or blue power LED. I went blue.
What makes this work is the summing matrix only has center, right, and left. The stereo imaging is fantastic.You can have as many features you want at real low cost for ultimate quality.

I guess it’s not worth posting mixes as you change your workflow when you get a summing mixer.

Doing Live-sound since 1997 and studio stuff since 1999. Worked with many artists mostly in the Metal-Domain (Meshuggah, Eluveitie, Gorefest… and also a lot of local heroes) live and with some in the studio read more…

Thanks Paul for my Vintage Maker Neumann V475 2a Analogue Summing Mixer.
Paul custom made this unit to match my mix setup. I have a small home studio I use to record and mix local punk bands as well as my own. The analogue vintage sound is a sound that I’ve always strived for but felt was lacking from my mixes and I simply can’t afford the big brand name studio gear. So I thought I’d give Vintage Maker a go. What can I say…I love it. The analogue grit I was looking for I now have and my mixes now sound a lot more punk. It definitely makes my humble studio setup sound more professional. Much more clarity and warmth in my mixes. Its very easy to use and simple to set up. I recommend this summing mixer to anyone looking to go OTB for some analogue goodness. It’s affordable and sounds great. I’m very glad I made the purchase

Continuum Music Studio USA
Paul the owner of VintageMaker
is one of the most passionate people we have ever done business with inside the small pro audio world.

Paul has an extensive knowledge of gear and has been making custom summing mixers to order for years. Paul offers options and customization that no other company (to our knowledge) offers. Not to mention the VintageMaker summing mixers can be made with both active and passive circuitry along with other flexible options which makes these summing mixers a no brain for any producer or audio engineer. read more…